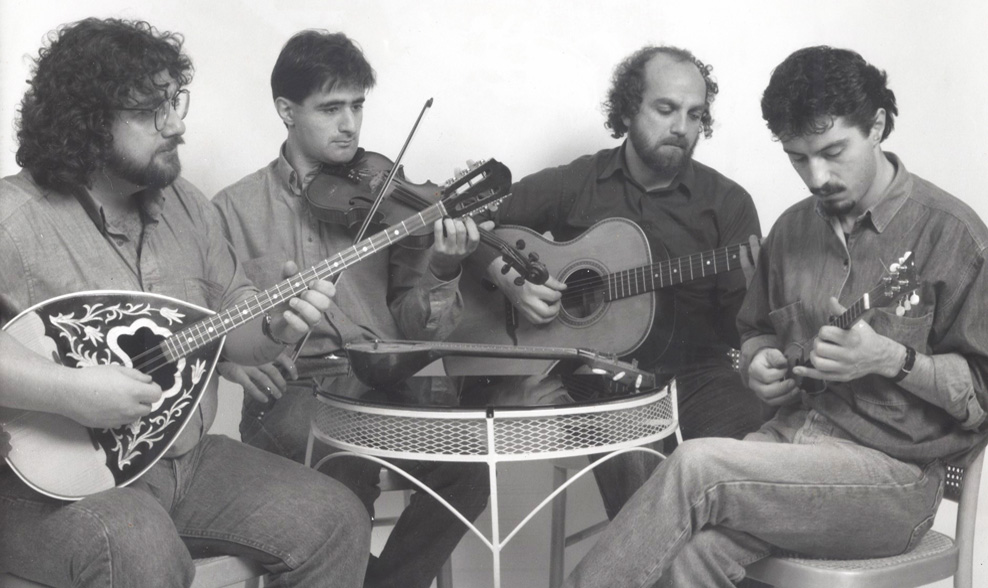 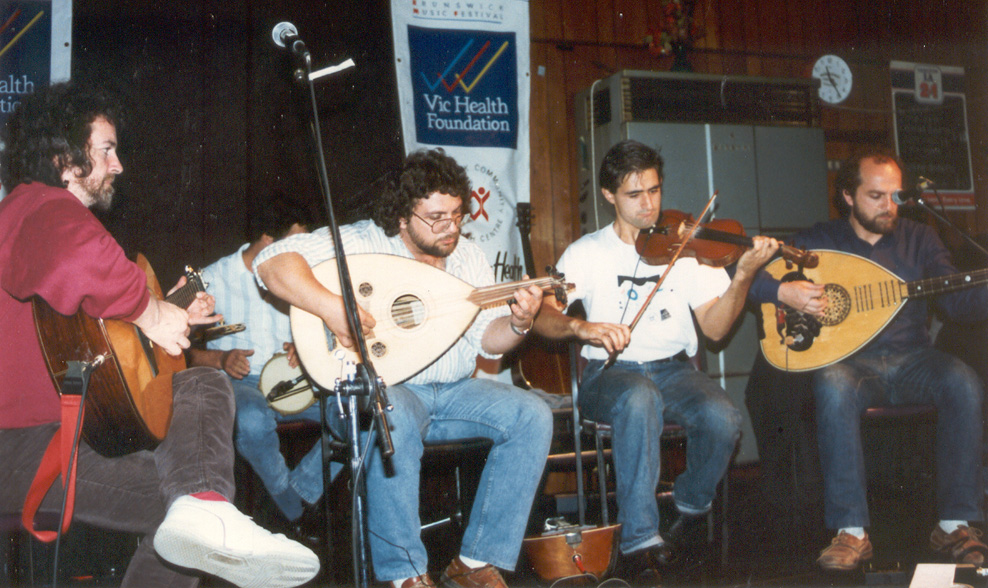 This was perhaps the most active and creative period the band had experienced so far. Apart from playing at the usual Fok Festivals, the band also played gigs at the Dan O’Connell, at the Melbourne Folk Club, at One-C-One and for Greek Theatre productions. It guested on a Margaret Roadknight album, on a John McAuslan album, wrote music for a Greek theatrical play, played at the Nelson Mandella concert and continued playing its regular pub and tavern gigs 3-4 nights a week. That year, 1990, also saw the addition of Archie Argyropoulos on baglama, percussion and vocals. This was the line-up that the Retreat Hotel gigs are most famous for.Some of the best live performances were had there during those years. The Retreat hotel was then the epicentre of a bi-weekly get together of Greek-Australian and Australian Folk music lovers. To quote Kostas Karamarkos, the band’s unofficial press release writer, “If you wanted to listen to great Greek music, to dance, sing, to talk, to discover your cultural identity, to meet people, to falll in love, then the Retreat hotel was the place to be”. 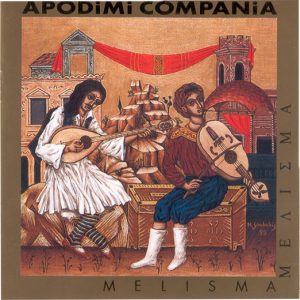 In 1991 Apodimi entered a studio once more to record its third album “Melisma” for Brunswick Recordings. This time the recording would be released on a new format, the cd. We decided to take advantage of the extra cd time available and record 18 songs and tunes. The idea was the first half would comprise Folk songs and tunes and the second half Rebetika. We also recorded a couple of new tunes the band had written at the persistence of their friend K. Karamarkos. Andy Irvine was also in town touring and we asked him to contribute a tune or two. He composed two great tunes “Take no prisoners and Old Brunswick Town, blending Irish and Greek musical elements, which we recorded and put on the album. M. Melambiotis guested on the album and the cover art was done by local artist Nick Soulakis. The sleeve article was written by our University Lecturer, Stahis Gauntlett.

The album was released in 1992 and was well received by fans and critics alike. Even by ABC Radio Hours which published a great review by Dug Spencer. The next couple of years were the band’s finest and the most active years I can recall. We had a great time rehearsing, performing and recording music. We all got on so well with each other, there was endless humour and laughs, not to mention the great banter and camaraderie whenever we played.

This went on till the beginning of 1994 when the Galiatsos brothers decided to return to Greece. Hector, Archie, along with M. Melambiotis soldiered on, recruiting a couple more musicians and continued playing under the band name, “Rebetiki”.